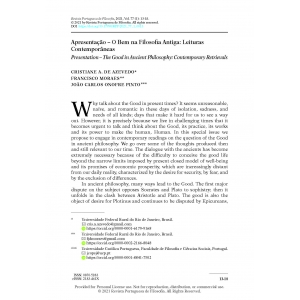 Reconstructing Professional Philosophy: Lessons from Philosophy as a Way of Life During a Time of Crises
Eli Kramer and Marta Faustino, “Reconstructing...